Armed with a turf cutting machine courtesy of blackrock gorge caravan park and kennies jeep and trailer, four intrepid workers headed for Fouils to strip and collect turf for the grass roof of the log cabin..... Having mastered the turfing machine, rolls were collected and taken to be laid on the roof of the cabin. Seeds were scattered  over the first layer on saturday with the second layer being collected and laid this coming week... it definately was a job and a half.. well done all. 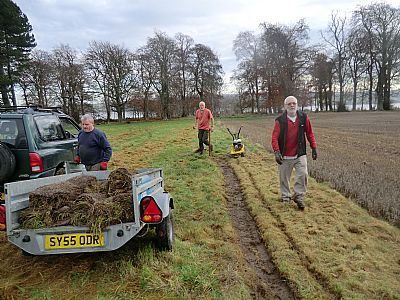 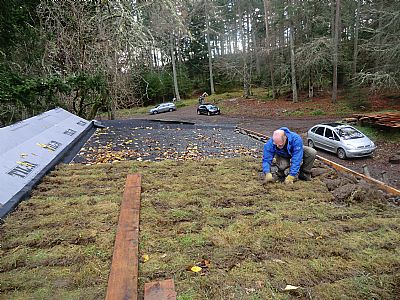